Too many vitamins in Huel?

I know next to nothing about Nutrition and I recently discovered Huel.

Upon looking at the Nutrition Facts of Huel, I noticed very large amounts of some vitamins (Vitamin C, selenium, Molybdenum, etc). Isnt it bad to over-consume vitamins? Especially the Molybdenum, one serving accounts for 130% your daily value.

I’m not sure how accurate some articles on Google are, but I read that consuming too much selenium can lead to hair loss, Vitamin C can lead to nausea, etc.

Should I be concerned at all about ingesting this amount? If I add flavorings/other food to my Huel should I make sure it doesnt contain much (if any) of these vitamins?

It varies depending on the vitamin or mineral in question. I too am not a dietician, but I read a fair amount.

Some of these things can accrue in your system. Others are highly water-soluable, and the excess just gets eliminated with using the bathroom. For the latter, you need massive amounts of excess to have a negative effect because you need it all at once. Vitamin C is an excellent case, where the dosage at which you start getting mild stomach upsets is 2,000 mg, If you do five shakes of Huel, you’re getting closer to 400 mg, which is well below that level.

In general, unless you’re taking “megadoses” from a supplement company, you’re fine.

Ok cool, thanks! I didnt think it would have been an issue, was just wanting to make sure

Just some additional info here: The vitamins in Huel that are high are either high because they’re naturally occurring at these levels from our food ingredients or that we’ve purposely added the amounts stated as there is evidence that the levels could have a health benefit, i.e. vitamins C and D. You can learn more about the vitamins and minerals in Huel, here.

Hope this helps! Let us know if you have any other questions.

I think the levels are too high and could be bad for you.
Upper Level of Intake

Manganese intake beyond that normally present in food and beverages could represent a health risk, but there are insufficient data to set a UL.

Rationale: Manganese has low acute toxicity. Manganese is a known neurotoxin at high occupational levels of exposure by inhalation. However, it has also been suggested that exposure from lower levels in drinking water may result in more subtle neurological effects in human populations. The reported symptoms include muscle pain, fatigue, tremor, memory problems and impaired reflexes. Neurological effects have been reported at estimated intakes of 3.6-4.6 mg manganese from water, though comparable intakes have been negative in other studies. There were limitations with the human data and the non-availability of NOAELs for critical endpoints from animal studies produced a considerable degree of uncertainty. Therefore, in agreement with the European Commission (2002) no UL was set. The margin between oral effect levels in humans and experimental animals and the estimated intake from food is very low. Given the findings on neurotoxicity and the potential higher susceptibility of some subgroups in the general population, oral exposure to manganese beyond that normally present in food and beverages could represent a risk of adverse health effects without evidence of any health benefit. It should be noted that manganese from drinking water and supplements might be more bioavailable than that from food

Too Much Can Cause Serious Side Effects

As with most vitamins and minerals, there is no advantage to taking more than the recommended amount of molybdenum.

In fact, doing so can harm your health.

The tolerable upper intake level (UL) is the highest daily intake of a nutrient that is unlikely to cause harm for almost all people. It is not recommended to regularly exceed it.

Molybdenum toxicity is rare and studies in humans are limited. However, in animals, very high levels have been linked to reduced growth, kidney failure, infertility and diarrhea (19).

On rare occasions, molybdenum supplements have caused serious side effects in humans, even when the doses were well within the UL.

In one case, a man consumed 300–800 mcg per day over 18 days. He developed seizures, hallucinations and permanent brain damage (20).

High molybdenum intake has also been linked to a number of other conditions.
Gout-Like Symptoms

Too much molybdenum can cause a buildup of uric acid due to the action of the enzyme xanthine oxidase.

Gout occurs when there are high levels of uric acid in the blood, which causes tiny crystals to form around the joints, leading to pain and swelling.
Poor Bone Health

Studies have shown that a high intake of molybdenum could possibly cause decreased bone growth and bone mineral density (BMD).

Currently, there are no controlled studies in humans. However, an observational study of 1,496 people found interesting results.

It found that as molybdenum intake levels increased, lumbar spine BMD appeared to decrease in women over the age of 50 (21).

Controlled studies in animals have supported these findings.

In one study, rats were fed high amounts of molybdenum. As their intake increased, their bone growth decreased (22).

In a similar study in ducks, high intakes of molybdenum were associated with damage to their foot bones (23).
Decreased Fertility

Research has also shown an association between high molybdenum intake and reproductive difficulties.

An observational study including 219 men recruited through fertility clinics showed a significant relationship between increased molybdenum in the blood and decreased sperm count and quality (24).

Controlled studies in animals have also supported this link.

In rats, high intakes have been linked to decreased fertility, growth failure of offspring and sperm abnormalities (26, 27, 28).

Although the studies raise many questions, more research is needed.

BTH, are you a dietician? I only ask because if not, it’s more likely that the people who developed this product have a greater understanding of the potential pitfalls than you do.

Also, I haven’t seen widespread reports of any of the symptoms listed in your posts.

BTH, thanks for that information. Can you post the source for that? It looks like there are references, but without the actual source we can’t look them up. As for the amounts, there are only a couple of nutrients that are significantly higher than 100% RDA for 2000 calories. Vitamin C at 330% is not high enough to cause problems. I don’t think Manganese or Molybdenum at 410% and 530% are high enough either. If you could post the references for the information you have, we could check what the amounts were in the studies.

Second of all, I only need a single reference: I’ve been consuming Huel 2 doses a day for most days since February, and I’m still alive.

In a similar study in ducks, high intakes of molybdenum were associated with damage to their foot bones (23).
Decreased Fertility

Hi @bth, the manganese content in Huel is covered here: https://huel.com/pages/nutritional-information-and-ingredients#manganese. It does address some of the concerns you have mentioned.

The manganese is high because it’s all naturally occurring - just like in other foods. The issue with manganese toxicity relates to too much supplementary manganese.

You will also find this article useful as it explains why we have the amounts of each vitamin and mineral in Huel and where each form comes from: About the Vitamins and Minerals in Huel.

Here are some of the web sites I looked at: 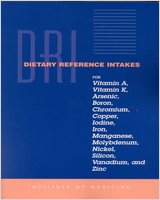 Molybdenum functions as a cofactor for a limited number of enzymes in humans. The primary criterion used to set an Estimated Average Requirement (EAR) is molybdenum balance in controlled studies with specific amounts of molybdenum consumed.... 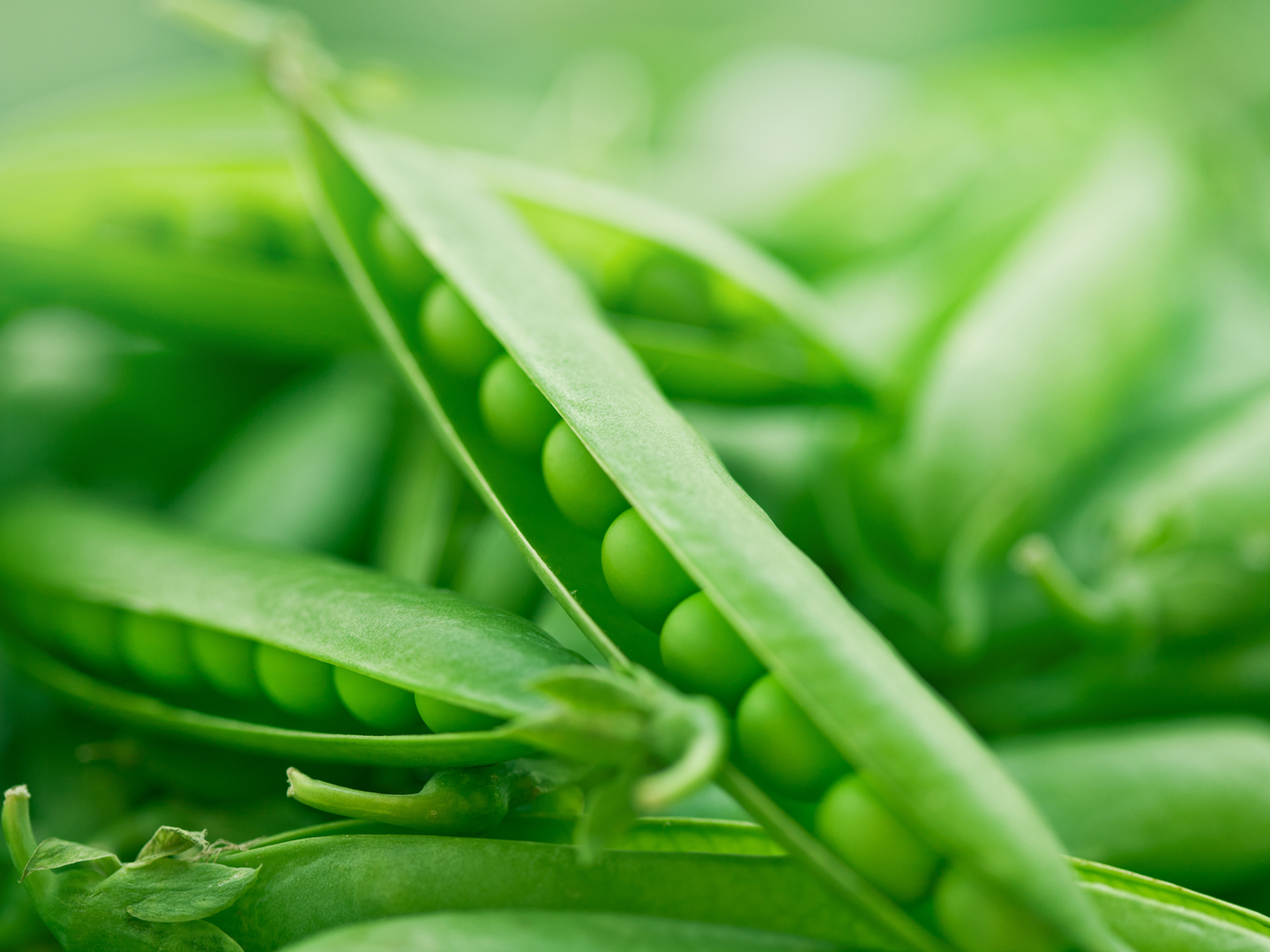 Molybdenum is a metallic element that is essential in trace amounts for human, animal and plant health. How much is needed for optimal health?

It would not be the first time “experts” gave us bad information or products. And, all one needs is verbal comprehension skills, and the ability to read to make informed judgments and decisions.

PS. I hope your not teaching children to trust authority blindly. Authority must always be challenged as they are often wrong.

Simple solution. Since all the Molybdenum in Huel is naturally occurring from the food ingredients themselves and not intentionally added in by the manufacturer, you should take the issue up with God.

People also need to know the limitations of their own knowledge in order to make informed decisions.

Making snide comments about my teaching (which you know nothing about) means that I won’t be taking any of your posts seriously in future. These boards are not a platform for making derogatory personal comments about other users, so if that is the behaviour you engage in I will simply avoid your topics in future.