So I’ve been a Huel user for about 2 years now (off and on).

The only thing I did different was not put it in the Huel shaker and instead poured it in a large cup (no lid).

Immediately when going to take a drink, I smelled the worst repulsive smell, smells like rotten stinky feet. I immediately gagged. I’ve ALWAYS had Huel in the Huel shaker with the lid, so I’m not sure if it’s always smelled this way and I never noticed, or if something is wrong.

After switching to Huel Black Edition a few months ago, I still had 3 bags of normal Huel. Tried the normal one today and the exact same disgusting smell. Worth noting that both the Black Edition and Normal Huel smell fine on their own. It’s only after mixing it up that it gets this awful smell.

Pretty bummed because Huel has been a staple in my diet but now I have 5 bags that I won’t touch because I can’t get over this smell. It literally triggers my gag reflex and I can even smell it on my breath which makes it worse (I tried to suck it up and plug my nose and chug - bad idea).

I’ll also mention that I’m a big Huel fan and loved the product up until this point - not here to flame the company but rather look for some advice or answers.

My bags are also stored in my pantry and it’s always a comfortable temperature in my home. No direct sunlight etc. And the Huel is within a few months old.

Any ideas? Anyone else have this problem? Please try mixing it and give it a whiff and let me know how yours smells.

I’ll try it later when I mix it, but I just smelled a used Huel drink that’s been sitting room temperature for about 2 hours, and it smells pretty dang good.

Worth noting that both the Black Edition and Normal Huel smell fine on their own. It’s only after mixing it up that it gets this awful smell.

Have you tried mixing with water only to see how it smells? I think this calls for an experiment. I will say that I have blended Huel with almond milk, and I have blended Huel with a banana (both Vanilla 3.0 and Chocoalte 3.0) and I have never encountered an off smell. I also almost always drink it from an open cup after blending it, no straw, no cover. Could it be the hemp seed oil? Have you smelled the almond milk to see if it’s nasty?

Have you tried mixing up just Huel and water? I’m not clear if you’re tried that so sorry if you already have.

So today I tried experimenting more, adding each ingredient one-by-one.

It seems the frozen banana is the culprit. The bananas are fresh (in freezer for a week max).

Today I tried adding the ingredients to my shake in this order:

I mixed these up in the shaker in that order and they all passed the smell test.

It seems the Huel is fine after all (whew), and for some reason when you mix those ingredients together, with the banana, you get the god awful smell.

It would be awesome if someone that has those same ingredients could try making one of their own and let me know how yours turns out. The frozen banana really takes it to another level flavor-wise, but still stumped on the smell it produces when mixed with the other ingredients (frozen banana + protein powder + hemp seed oil + almond milk smells fantastic - but with Huel… NOPE).

Today I made the same shake as before in the previous post (2 scoops huel, almond milk, hemp seed oil, protein powder) and the smell is back.

It seems it’s related to the Vanilla flavor of Black Edition, and not the banana afterall.

Is anyone else having this absolutely repulsive rotten smell with theirs???

Here is the batch and date info of the Vanilla that has the terrible scent: 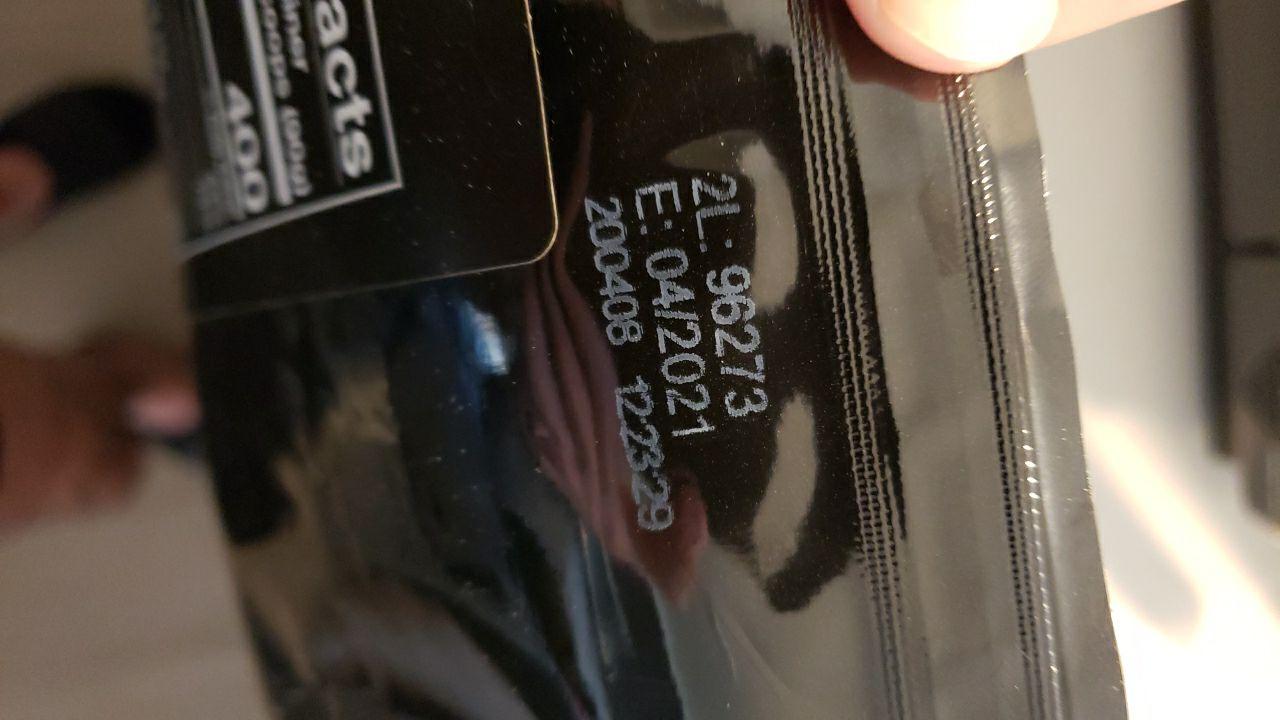 I would try mixing some of the Vanilla with water only, even if it’s a very small amount just to see what it smells like without any additional ingredients to eliminate them as variables.

If you still get the smell, then reach out to support and see what they say. I doubt it’s normal, but I’ve never had Huel Black.

All those ingredients are commonly mixed with Huel, except for one.

I have no idea why, but something with the Hemp seed oil is the catalyst.