What is the Point of Celebrating "Non-GMO?"

I’ve never understood the appeal of being “Non-GMO” when, in the history of agriculture in America – and, perhaps, the world – the food supply has always needed to be “genetically modified” to protect against vermin, the weather, and insects, and rodents, and such.

I wrote a bit about that, and Soylent, in my blog: 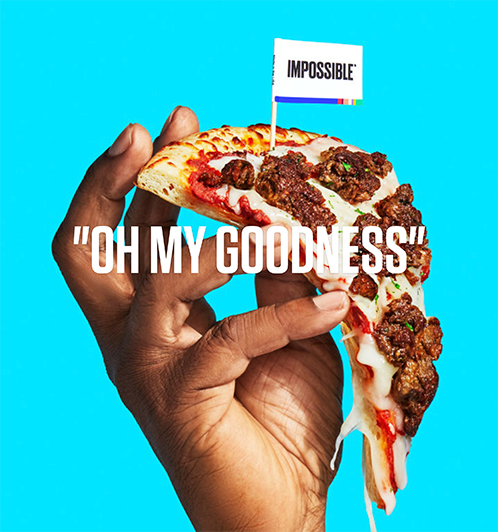 As a two-decades long Vegan, I do my best to eat the right things, live the right way, and participate in the right fights. I am, however, confounded by the anti-GMO reactions of some people who cl…

Is there a real advantage to being Non-GMO today – other than the PR angle – when the basis of that claim is centered on a past that was, indeed, GMO all the way.

How relative is the “GMO” claim to the present from the past?

I thank you for your kind consideration.

When you consume GMO foods, you can never be sure what toxins they contain.
They splice-in genes that make insecticides/pesticides that keep the insects from eating the plants, and then they sell these FrankenFoods to us to eat.

I say eat as natural of a food product as nature produced, not some laboratory experiment.

I’m just curious why “Non-GMO” is a thing now, when for thousands of years GMO was a necessary protection for the food supply.

I now Monsanto is taking the biggest hit for GMO right now, but it seems more like a prosecution of convenience against a necessary means of production.

Cross pollination is natural, but gene splicing is NOT. There is NO hard evidence that GMO foods are safe for human consumption, so I will stick with what has worked for tens of thousands of years.

Again, no thanks. I will stick with NON-GMO foods, and I prefer organic when I can get it.

So Huel itself is non-GMO–but we aren’t anti-GMO. If we can make crops drought resistant, for example, it has benefits for mankind. However, we disagree with certain GMO practices.

Just say no to FrankenFoods until there is real HARD evidence that they are safe for human consumption. And keep them out of the food chain also. Don’t feed them to the animals that humans eat for food.

If the insects kill the plant, then there’s no food to eat.

If, over your life, you have eaten a kernel of corn, you’ve already taken in GMO food.

Being raised in an agrarian state, I know GMO lowers prices, increases crop yields, and actually provides safety for the food supply.

A simple Google search indicates lots of evidence that GMO is fine:

However, we disagree with certain GMO practices.

What, exactly, are the practices that concern you?

Don’t really have a specific one to share with you at this moment. @Dan_Huel any insight?

This misunderstanding helps marketers make people think non-GMO is worth 3x cost for 1/2 the product.

I know I’m not going to convince you of anything.

GMO does not always mean Roundup-Ready, and the issue isn’t the genetics that’s bad: it’s that the product is able to survive the chemicals sprayed in on it - with little concern for how those chemicals affect people. Tbh, i don’t even know that glyphosate is particularly dangerous on your skin … but it IS very bad for the bacteria that make up the microbiome. Since humans are a complex symbiosis of systems, I’d rather keep the gut bacteria happy because they have control of the vagus nerve and whatever systems are connected to it (hint: the brain & others)

Just say no to FrankenFoods

I take it you are against Golden Rice, then? Even though it has the possibility of feeding a lot of people? 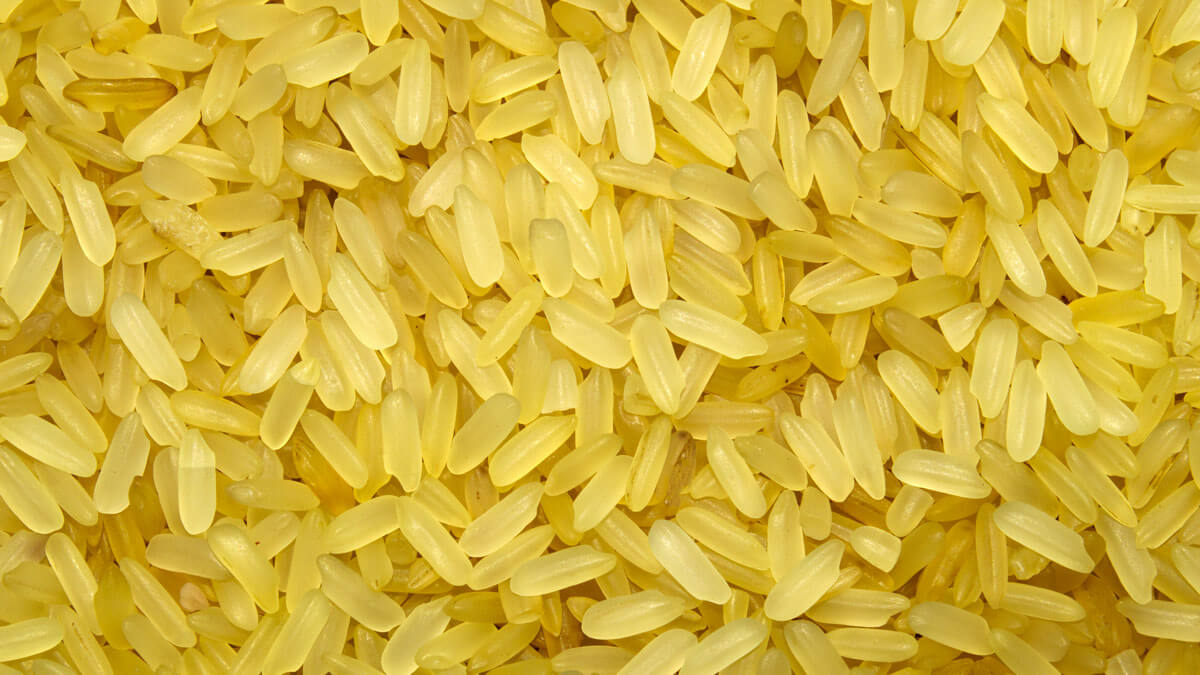 What is nutritionally enhanced Golden Rice and why is it controversial?

Science and Politics What is Golden Rice? Golden Rice is conventional rice that has been genetically engineered to have high levels of beta-carotene, the precursor to vitamin A. Beta-carotene is found in a variety of fruits and vegetables (it's [...]

This misunderstanding helps marketers make people think non-GMO is worth 3x cost for 1/2 the product.

I think you just explained the price difference between RTD Huel and RTD Soylent!

Golden Rice!! Thank you for posting that.

I always want to reference this poster child for good gmo, but until science ignorance is cured via education there’s almost no chance this point will be accepted.

Some don’t accept that GMO goes beyond just splicing – it has to do with shelf life, sustainability, and robustness – and to out-of-hand reject anything GMO, is pretty much to reject most of the standard food supply, because it has all been “contaminated” by human GMO fiddling for centuries, out of necessity for the evolution of the human race!

I wonder where some draw the line between the “original, acceptable seed” vs. the damnable “modified one?”

Let me start by saying we don’t celebrate non-GMO here at Huel. We label our products GMO-free based on customer concerns and needs, whether you agree with these concerns is another matter.

What, exactly, are the practices that concern you?

From my point of view it’s less about the technology and more about the patents. This link leans towards GMO but explains it well: https://gmo.geneticliteracyproject.org/FAQ/genetically-engineered-seeds-patented/

I appreciate all hybrid seeds are patented to some extent, however patenting GMO crops which should be used as soon as possible in some cases can put a strain on poorer and smaller farms.

Contrary to what people may think, there are relatively few crops that are GMO: https://www.bestfoodfacts.org/what-foods-are-gmo/

Soybean is one of the stand out crops, with around 90% of US soybean being GMO. I’m not sure where Soylent obtain there soy but from a cost point of view (which is important for many complete foods) they likely had no choice so chose to own it in their advertising. Fair enough.

Huel being GMO would likely neither hinder nor help us. We use canola oil in Huel Ready-to-drink and corn maltodextrin in tiny amounts as a carrier for some of the vitamins and minerals, that’s it. There are no other ingredients that we use that have commercially available GMO sources.

I think golden rice is great. In the Western world I think it has little value. It’s more for countries where rice is a staple of the diet and certain nutrients, namely vitamin A, are lacking.

From my point of view it’s less about the technology and more about the patents.

Thanks for the fascinating reply! I appreciate your care in answering. GMO being more about patents than purity is really interesting.

Not a problem at all, keep us posted on your progress with Huel David.

I appreciate the responsiveness of the staff here! Exceptional!

I wonder where some draw the line between the “original, acceptable seed” vs. the damnable “modified one?”

I think it depends on the person’s background and education, as most things do. As you mentioned, we (humans) have been genetically modifying things for centuries, or more accurately millennia, but most people don’t like this view because they don’t actually know what goes into selective breeding and it’s inherent risks, specifically breeding for a particular physical attribute but not knowing what unseen changes accompany that attribute. (Phenotype vs Genotype)

I, personally, like to think of selective breeding as doing surgery with something like a steak knife and tongs while genetic engineering is closer to using a scalpel and clamps. Either way you get the job done, but one is a bit more “quick and dirty” and has more inherent risk.

In going with your idea of “original” vs “modified” seed, I would say direct some of the anti-GMO people (or open minded people that want to be better educated) to this TED talk about saving the American Chestnut. I would highlight how different, genetically, the crossbred chestnut is from the original compared to the genetically modified one, and point out that according to simple math the crossbred one would be more alien/modified than the GMO one.

Well said, Tyler. Yes, Monsanto bad, but if it wasn’t for the false fears and panic due to ignorance of the facts and truth about GMOs, we’d have a world with no hunger. Sustainable food crops could be grown almost everywhere in almost any climate. It is the same type of fear that has created other mass irrational human behaviors and actions throughout the centuries and currently (such as non-gmoers, antivaxers, they cry such stuff isn’t natural, denying the improvement of life, health and security such “unnatural” science and technology gives us). The human mind loves to latch on to the worst case scenario and magnify it out of proportion and we get mob mentality and witch hunts. We are a species who loves our fiction, for good or bad.