Time to cut milk from my diet

I drink about 3 cups (720ml) of milk a day. 1 in the morning, and 2 with dinner. Milk is full of sugar and lactose, and those are both something I don’t need in my life.

It seems 100g of Huel is almost equal to the macros in 720ml of milk, and the real benefit is the breakdown of Sat. Fats, Sugars, and Fiber.

I thought this was interesting. So I may have to give it a go.

mmm, SURE! i switched over to soy some months back and haven’t thought much about it. tastes great with my shakes, both regular (plain) and vanilla flavored.
there are a lot of options out there these days, from cashew milk to rice milk, almond milk and coconut milk…try 'em all!!!
i recently bought some cashew milk to try. haven’t had it in a while so i figured WHY NOT?!
have a shake

There are many good reasons I gave up cow milk.

I am currently a fan of oat milk. And there are oat milk products with little added sugar, if you prefer that. Oat milk is also lower in saturated fat and contains no trans fat and no casein protein. Oat milk also has no sex hormones. Oats don’t mind being stored in crowded conditions.

While I agree with you, there’s still many benefits to drinking cow milk. I occasionally drink a cup of lactaid 0%… good source of calcium and I feel like it’s been aiding my weight loss (down 33 lbs in 2.5 months). 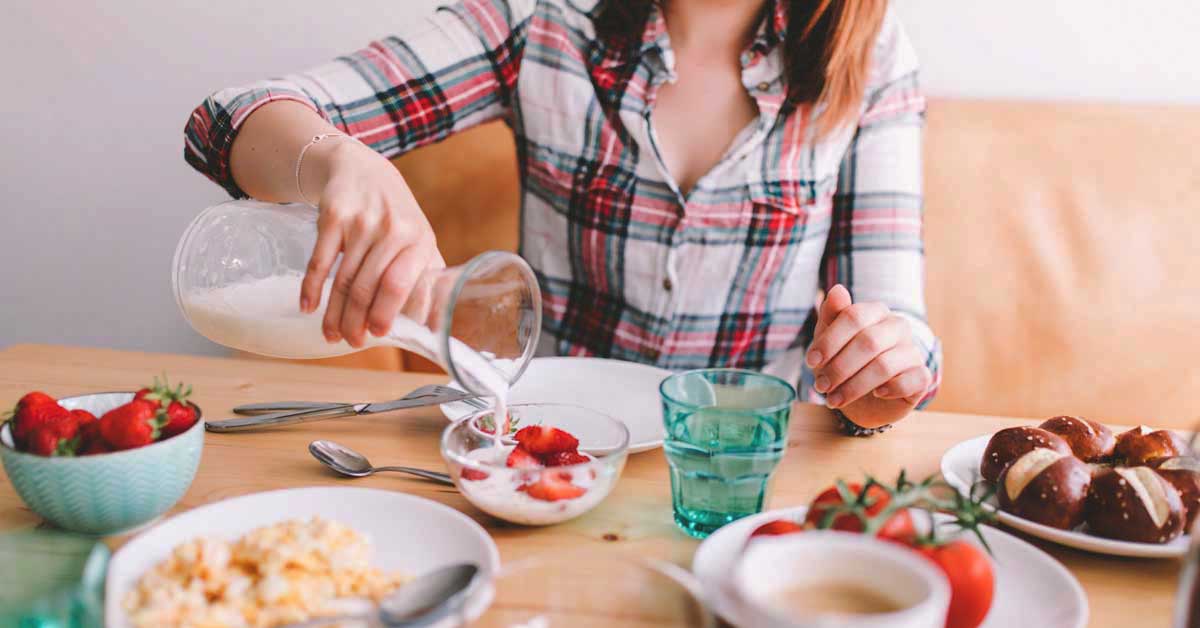 Milk consumption is a hotly debated topic. This article lists 5 science-backed benefits of milk so you can decide if it's the right choice for you.

I find oat milk to be calorie dense personally, so I rotate between almond/soy/flax milk

Though, I must say, oat milk is great with coffee

I agree with this. When buying a plant milk make sure it contains/is fortified with vitamin B12, calcium and vitamin D so you’re not missing out on anything.

I too gave up cow milk. I stick with unsweetened vanilla almond milk or unsweetened soy milk as my option 2. I don’t drink it in a glass by itself so it’s actually great when mixed with things like shakes, or even cereals. I drink water mostly and see no reason for a glass of milk - for me it’s about the sugar content in it and just can’t stand what a milk cow’s life is like - especially on the large scale - we waste so much milk here because it’s over stocked due to high demand for no reason. Babies need milk sure, their mothers or supplement with dairy, but past that, I see no reason for cow milk in my life.

Casein spikes insulin less than whey I’ve read, and Milk contains both, which is the most healthiest option.

You can’t have 0 sat. fat. Huel contains some, and how else are we going to enjoy some chicken, cod, steak, or even bacon and eggs

Even EVOO has sat Fat.

Here is a study about Whey and Casein: https://pescience.com/blogs/blog/lesson-9-avoid-massive-insulin-spikes-from-your-whey

The calcium in milk is better for you as a growing little person, but your bones always need calcium to stay strong and to help repair themselves. Fact -

While some people enjoy the taste of milk their entire lives, some people will outgrow the taste as their dietary needs change or just because their palate craves something else!

I’ve recently gone soy/nut/rice milk. Not terribly picky about which one I’m drinking, but i prefer the taste, and as far as I know it is slightly healthier for me to consume milk beverages made from various plants than it is to drink cow milk. Depending on where the cow sauce is sourced, i guess. some cows are treated terribly, force-fed, and caged in small pens where they are attached to giant pumps that extract every drop of juice they have. Others live freely enough to roam farms and graze.

Not knowing which is which, I know where the plants are coming from and that’s good enough for me.
Stop drinking milk. Throw a parade. Eat a cupcake. We’re all rooting for you.

make sure it contains/is fortified with vitamin B12, calcium and vitamin D so you’re not missing out on anything.

Unless you use it to mix your powdered Huel, since Huel already has all the nutrients. Right?

You have me there Deron…